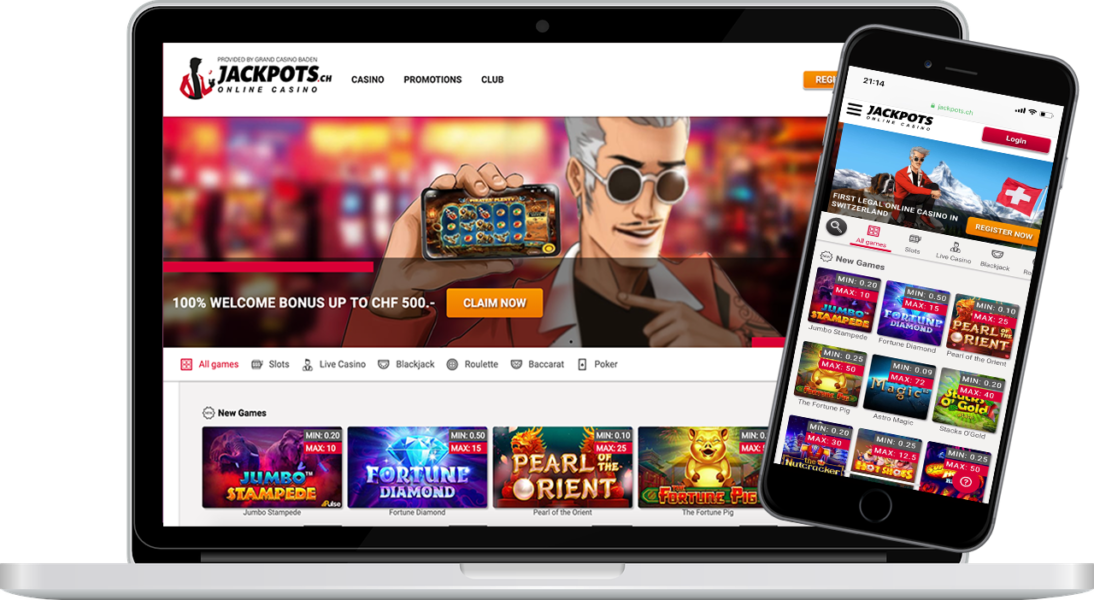 On Friday 5th July 2019, JackPots, the online brand of Grand Casino Baden became the first legal casino to Go Live under the new online casino regulations in Switzerland, which came into force on July 1st 2019. It was announced earlier this year that Grand Casino Baden had made a strategic move to secure its own online destiny by investing in Gamanza, a highly promising start up with the capacity to build a world class platform solution.

For a start up to take on such a build and be the first platform provider to Go Live in a new regulatory environment is no mean feat. Gamanza has not only delivered the project in a very impressive timeframe, but the modern platform architecture is built around several microservices, which make it highly scalable and allows for a lot of adaptation and customisation.

Head of Online Casino at jackpots.ch, Marcel Tobler commented “One of the key reasons behind our decision to make the investment and work with Gamanza was the superior player engagement system that was ready to be integrated with our existing land-based player loyalty programme.” “We are delighted with the level of flexibility in every aspect of the platform offer and really proud of our collective achievement”, added Marcel.

Switzerland is now one of the most stringent jurisdictions in the iGaming world. In addition to the compliance and responsible gaming codes of practice, there are a number of mandatory local system integrations that must be in place to fulfil the standard KYC procedures.

Gamanza Founder & CEO, Magnus Lindberg said that, “Since we already had a really strong player engagement system in place the initial focus was mainly on compliance. We built a dedicated framework that handles all KYC, AML and responsible gaming processes, as well as a proprietary data storage device (DSD/Safe), which was another requirement for the online casino regulations in Switzerland”. “As with all the services within the platform, the compliance framework can be easily adapted for different jurisdictions, or for the specific requirements of an operator”, Magnus added.

It’s very early days in the newly regulated online casino market in Switzerland, but it represents a significant opportunity for game providers. However, the number of games certified for distribution in Switzerland is still limited at this stage, because one of the regulatory requirements on the game providers is that the company itself must hold an ISO 27001 certification.

Gamanza and JackPots are open to enquiries from game providers interested in promoting content to players in Switzerland and can provide further guidance on the requirements. Gamanza holds the ISO 27001 certification and offers Game Studios the opportunity to distribute their content through Gamanza’s own certified RGS. All enquiries should be directed to [email protected].